The guided tour (only guide) to the first construction of the "Northern Palmyra". You will visit the Fortress and the St. Peter and St. Paul’s Cathedral. 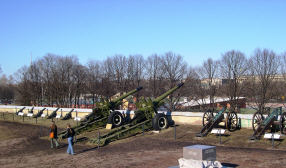 In 1703 the foundations of the Peter and Paul Fortress were laid on the island of Zayachy near the mouth of the river Neva to protect the region from invasion from Sweden and others. The massive fortress and needle like tower are a spectacular addition to the Neva panorama. The fortress was never to see a military role as from 1718 to 1924 it function as a prison for political prisoners. The fortress was named St. Petersburg from which the town soon acquired the name while the fortress itself came to be known as Peter and Paul after the cathedral built there.

RUSSIA TRAVEL PACKAGES
A selection of Russian tours to take as they are or adjust to your needs.

THE GOLDEN RING
Visit the heart of ancient Russia. What is the Golden Ring?

MOSCOW TOURS
What you can see in Moscow.

ST. PETERSBURG
Some of the sights to see in Petersburg

RUSSIAN DIGS
Come and work in the field on a Russian Archaeological dig. Full training given on site.

TRAVEL TIPS & SERVICES
Getting around in Russia

Moscow and the Golden Ring of Russia.

The Sculpture Garden and Gorky Park.

Hermitage Museum with one Treasure Gallery.

The Gems of Baikal.

Trekking to the Khamar-Daban Mountain Range.

Rafting on the Irkut.